Samsung is a market leader in the mobile phone business and many other areas. They also have a capable and great laptop line-up – read on to find out what we think are the best laptop that they make right now!

How to Pick the Right Laptop

The truth is, buying a new laptop isn't easy, and there are so many things to consider – it can get a little confusing. If you are spending hundreds or even thousands of pounds on a new laptop, you want to make sure you're getting the right one for you and it's good value for money.

We’re going to walk you through some things that you need to know in order to choose the perfect laptop.

First things first – do you prefer using Windows, Mac OS or chrome OS? There's no right or wrong answer and it's usually best to stick with what you know.

Windows easily the most used platform, which naturally gives you the largest range of laptops to choose from. Mac OS is, of course, unique to Apple, which are gorgeous machines and simple to operate, but are also pricey, they don’t have much variety and there are a limited range of ports.

Chromebooks running chrome OS are very popular with students, so if watching you pockets and only need a computer for really basic things, such as Google or Netflix, a Chromebook should do the job.

If you are into gaming, Windows machines are pretty much your only option right now, although, game streaming on PC and Mac is the next big thing, and could be the future.

First off, decide with you want a traditional clamshell laptop, or would you prefer something a little fancier, like a convertible 2-in-1 with a 360° hinge, so you can turn the screen right around and use it as a tablet or you can put it in tent mode or stand mode, which is handy if you're watching movies or something.

You basically get a touchscreen tablet experience, but all in one laptop thanks to the 360 hinge. The third choice is a hybrid 2-in-1 with a fully detachable keyboard, so you've got slightly more budget options, or on the higher end of the scale you have machines like the Surface Book 2, where you can press the button and the tablet is released from the keyboard.

That way, you can use it either as a normal laptop or you can take it off and use it as a full Windows 10 tablet. There are downsides to these though – generally, 2-in-1 devices are pricier than similarly-specced normal laptops, and most of the time aren’t as powerful, because of size and restrictions in design.

This isn’t always true, however. When it comes to power vs portability vs price vs low price, generally you can only get 2 out of 3.

Now let's talk about the size, because most laptops have 13, 14 or 15-inch screen sizes. You do get a few 11-inch budget laptops and some huge 17 or 18-inch gaming giants, though.

Generally, as you’d expect, the smaller the screen size, the lighter and more compact it is. 13 and 14-inch Ultrabooks (just a fancy name for thin and light laptops with use Intel chips) are great for travelling with. You’ll struggle to complete any work with something bigger in transit, but larger 15-inch laptops like this can be more powerful.

Often there is room for a dedicated graphics card and we can use more power-hungry processors. Brands are now putting larger screens into the more compact and travel friendly designs by cutting down the bezel surrounding the screen.

So if you’re going to leave your laptop at home or in your office, you may as well go for something a bit bigger and therefore hopefully a bit more powerful. But if you want something that is good on the road and that you’ll barely feel in your backpack, then maybe consider a 13-inch Ultrabook.

The entire time you are using a laptop, you’re staring at the display, so it needs to look good. For a start, make sure it has an IPS display.

You can check the tech specs or reviews to see if IPS is mentioned, as they offer superior color accuracy, not to mention viewing angles. You should also consider the screen's resolution, but don't worry about this too much – ideally, go for a laptop with full HD (a 1920 x 1080 resolution).

The next thing we’re going to talk about is tech specs, which actually, as dull and complicated as it can be, is super important for knowing what kind of performance you going to get from a laptop.

So there are three main things to consider - the processor, the RAM and the storage, plus maybe also graphics cards if you're into gaming or you run more intensive workstation applications.

The first of these Samsung Laptops is the Notebook Odyssey, and unlike many other products, the gaming focused Notebook Odyssey is made of plastic and can feel a bit cheap to touch.

It can be configured with a 2.8 GHz Intel core I7, a 7700 HQ, 16 GB of RAM, 1 TB HDD and 128 GB SSD for easy multitasking. There is a 1080p display, with antiglare to deliver stunning visuals, and it uses a Nvidia GeForce GTX 1050 GPU for gaming, which should handle just about any game out there.

Convenient hotkeys make it easy to optimize your game performance, and the LED backlit keyboard helps with easy operation. There is an Ethernet jack, an HDMI port, USB 3.0 port, a headphone jack, an SD card slot, a pair of USB 2.0 ports and a Kensington lock slot. 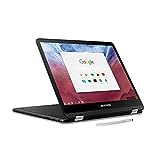 The 12.3-inch, 32 GB multitouch two-in-one Chromebook Pro from Samsung is next on our list, and comes with a built-in stylus to draw, take notes and interact with apps. It’s powered by a 900 MHz Intel core M3 – 6Y30 dual-core processor, 4 GB of 1866 MHz LP DDR 3 RAM and integrated Intel graphics.

The system is equipped with 32 GB of EMMC storage, its USB ports as well as the microSD card reader can help you add even more storage. There is a 2400 x 1600 resolution display, for crisp and clear visuals.

The 2-in-1 design, with the 360-degree hinge, provides you with multiple viewing options; other integrated features include 802511 AC Wi-Fi, Bluetooth 4.1, a WebCam, speakers, microphones and a 3.5mm mic and headphone jack combo. 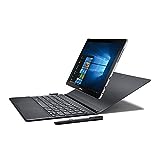 The 12-inch Galaxy Book 12 multi-touch 2-in-1 notebook from Samsung is next on our list. The 2-in-1 design lets you quickly change between different modes. The 12-inch display has a 2160 x 1440 resolution and multi-touch capabilities.

It is powered by a 3.1 GHz Intel 7th gen or I5 dual core processor and 8 GB of RAM. For storing your photos, videos and files, it is equipped with a 256 GB solid-state drive. Connect to the Internet via 802.11 AC dual-band built Wi-Fi.

Next up is the Samsung Notebook 5, featuring a slim, sleek and contemporary finish measuring just 19.6 mm wide, for great portability.

The Notebook’s 15.6-inch display has a 1080p resolution and anti-glare technology, making it great to watch movies and all. The Samsung Notebook 5 comes with up to an Intel core I7 storage system and Nvidia GeForce graphics card for all the power you need. The hybrid storage system consists of a 1TB HDD for larger and a 128 GB SSD for blazing fast boot and application load. There are a couple of USB 2.0 ports, a single 3.0 and HDMI headphone and microphone combo.

The next of the Samsung Laptops is the Notebook M has a premium look, with a leather-like texture stitch designed with a smooth and soft finishing to maximize grip. It has an ultracompact 11.6-inch display, it’s slim at 0.68 inches, and very light at 2.65.

The Notebook M is fast, light and reliable, with a 128 GB SSD. It boasts a dual core Intel Celeron N 3050 processor that can function from 1.60 GHz and 2.16 GHz and has a thermal design power of just six watts, to help with the great battery power.

Along with this, there is a non-upgradable 4 GB DDR 3L RAM, running at 1600 MHz for a light to medium multitasking. There is one each of USB 3.0, USB 2.0, HDMI out, audio combo jack and a microSD card reader.

The 15.6 inch display features a 4K resolution of 3840 x 2160, along with an Nvidia GeForce GTX 950 M graphics card, with 2 GB GDDR VRAM. It will also be able to utilize touch gestures and commands in Windows 10, thanks to the touch display.

There is a 256 GB solid-state drive for your files and should you need more space, multiple USB ports as well as its microSD card reader, which allow you to connect to multiple devices. Other integrated features, including an HDMI port, WebCam, microphone, speakers, and a microphone headphone combojack.

The 15-inch Notebook 9 from Samsung is one of the best Samsung Laptops on our list. The thin and light system is designed for the mobile user and features a full metal frame and magnesium alloy construction for great durability and weighs just over 2 pounds. There is a 15-inch 1080p display, powered by a GeForce MX150.

A built-in far-field microphone lets the Notebook 9 pick up audio clearly. There is also a backlit keyboard and a fingerprint reader that supports Windows Hello.

All-in-all, there are a great range of Samsung Laptops, which a variety of features to suit all tastes. Do your research, see what jumps out at you, and you could be going home with one of these Samsung Laptops soon than you think!