Some technology is destined to be great, with lasting popularity and longevity like the Razer DeathAdder or the Apple iPad, while, sadly, some technology is not long for this world and is discontinued almost as soon as it is released. The Nvidia Shield Tablet is one of the latter not the former, and its brief life started in mid-2014 and ended some time between late 2017 and early 2018.

It was exciting to see a video card maker get into the tablet game, and the gaming world was abuzz about the different Nvidia Shield Tablet flavors to be released in 2014, following the evocative Shield clamshell design of the previous year. When it first shipped, the new Nvidia Shield Tablet featured a super-pixel-rich 8-inch 1920×1200 display that was capable of outputting to a 4K resolution via HDMI cable.

Further, it came in two versions: the 16GB, wi-fi only version for about $300; and the 32GB 4G LTE version for around $400. A year later, though, these original models were recalled due to overheating batteries, and Nvidia released the Shield Tablet K1 in response, a portable gaming console that featured 16GB and wi-fi for around $200. The K1 initially got some good attention, as it packed one of the most powerful processor/GUI combinations ever seen in a tablet under its belt.

This version combined a tablet with an optional gaming controller and also promised a cool new stylus which could unlock hidden features, but, unfortunately, the pen, the controller, and even the charger were not included with the original purchase price. Needless to say, consumers were not so impressed with this marketing strategy, even at a less than $200 price point, and Nvidia soon struggled to move their powerful tablet.

So, in 2016, after sluggish sales, Nvidia announced it had no plans to update its tablet lines, and, in 2017, after no word from the manufacturer itself, it was assumed that the Shield Tablet was dead. Dropped presumably in favor of Nvidia’s new Shield TV product line, in 2018 the Nvidia website now lists their Shield Tablets as officially discontinued.

The Anatomy of the Nvidia Shield Tablet 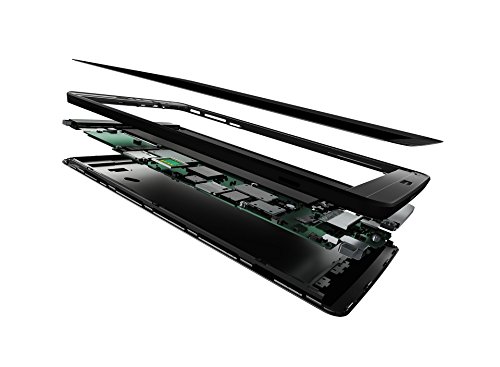 Connectivity options included Bluetooth, Wi-Fi, and GPS, and built-in sensors included Gyroscope, Compass, and Accelerometer. Plus, its 8-inch, 1920 x 1200 display hit a size and resolution that had few competitors, since the Google Nexus had moved on to take aim at the larger, more powerful Apple iPad.

Designed in a similar way as the light, slinky Google Nexus, the mid-sized Shield Tablet packed a punch with graphic, processor, and the addition of dual front-facing speakers. You would have also found a microSD slot and a decent battery. Plus, the backside was coated in an anti-slip finish to prevent accidental breakage or shock, and the black matte-texture followed the unit from the back all the way around the front.

The adequate 5MP camera and the tiny logo completed the austere features on the back of the tablet. And, on the front, there was a matching 5MP camera, as well as the addition of two powerful forward-facing speakers. All ports were located on the top of the tablet, and buttons could be found on the upper right-hand side, including a volume rocker and a power button.

With no physical face buttons, the Nvidia Shield Tablet maintained its sleek look while offering a powerful array of ports, like the mini-HDMI out, micro USB, and microSD card slot capable of reading up to 128GB cards. The upshot was a powerful and versatile tablet that offered hardware still hard to find in some of the tablets on the market today.

The Strange Case of the Nvidia Shield Tablet

Another interesting-looking feature (albeit fairly useless) is the rubberized speaker grilles. Although this was a unique move, lending to the tablet’s clean, modern profile, it did nothing to affect the sound, though it had the rather annoying characteristic of attracting lint and animal hair, which constantly needed to be cleaned away.

Moreover, compared to the original Shield design of 2013, the controller on the K1 was not permanently connected to the display, but, rather, had to be purchased separately, which added to the base price of $200 by about $60/controller. In a positive light, though, up to four controllers could be wirelessly connected at the same time, which was a rather unique concept in 2015.

Then, when the Shield Tablet K1 was introduced, it featured Android 5.1 Lollipop (which supported neither the pen nor the controller) with an option to upgrade to Android 7.0 Nougat (when it became available) via online download. Moreover, although Nvidia thoughtfully pre-loaded the Dabbler photo editing app, it did not include Shield Hub, a standalone game manager that improved the functionality of the tablet for gaming.

Plus, in terms of battery life, the Nvidia Shield Tablet K1 is only about average and reportedly got 10 hours while streaming movies or searching the web and about half that when gaming. Plus, the controllers did not come with rumble support, which Nvidia claimed they omitted in 2013 (when display and controller were attached) due to weight concerns. However, in 2015, with the move to detachable controllers, the feature was still missing.

Despite its missteps, though, Nvidia had something special with its Tegra K1 mobile chipset. The 2.2GHz quad-core processor came with Nvidia's Kepler GPU architecture, which rivaled performance found in many of the company’s graphics cards. And, according to one review, the chip bench tested only slightly below the Samsung Galaxy S6 and performed better than both the Nexus 6 and OnePlus 2, as well as the Xbox 360 and PS3. 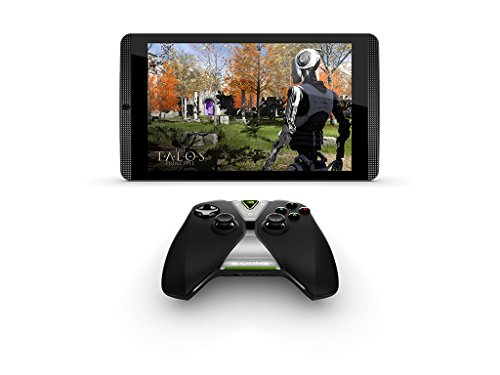 One of the more interesting things about the Nvidia Shield Tablet was that it made a powerful tablet on its own, without the addition of entering the gaming universe. With one of the fastest mobile processors on the market, and, at around $200 price point, the tablet alone was a great buy.

However, Nvidia decided to market the tablet as a gaming unit, which, in retrospect, was an interesting choice, as other really good gaming consoles have come and gone - Alienware Alpha, Sega Dreamcast - only because of slight missteps or bad timing.

The gaming universe can be unforgiving, and, to that end, the decision to showcase the Nvidia wireless Shield Controller as well as an anemic compatible Android game market will forever remain a mystery.

That said, the 11.2-ounce Shield Controller is, essentially, the same controller that was found on the 2013 Shield clamshell, but freed from the shackles of an attached screen.

Reportedly lighter and more comfortable to hold, Nvidia opted to go with a Wi-Fi connection instead the more traditional Bluetooth one. High-speed Wi-Fi allowed for increased bandwidth and supported 3.5mm headphones to be hooked up directly to the controller as well as the ability to link up to four devices at the same time.

Finally, in an effort we can only imagine being in the vent of uniqueness, the controller sported a small triangle-shaped touchpad for controlling your tablet remotely.

It is unclear as to why you would want to do this with a giant gaming controller (instead of rumble support) or why the touchpad was a triangle instead of a square, but we’ll chalk it up to overambitious engineering. 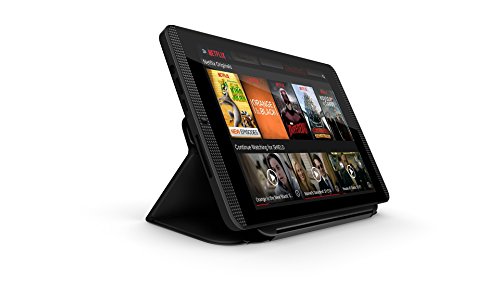 We’ve told you about the K1 original price point , but that is without the controller which is less than $60, the additional Shield Hub software (which later shipped with the unit), the case/stand, and other accessories, for which you could easily spend twice the original price.

Moreover, the range from $50 to $60 is pretty steep for a controller that is only supported by what one reviewer estimated as no more than 400 garbage games in the Android universe. And neither would you have gotten a micro USB cable or even a power brick (about $30 then / around $8 now and both included in previous iterations of the Shield Tablet).

And forget about a stylus, although the exclusion of the device is interesting considering that Nvidia decided to include their painting and photo editing software, Nvidia Dabbler, at their reduced price. In any case, the stylus would have cost you anywhere from $20 - $60. 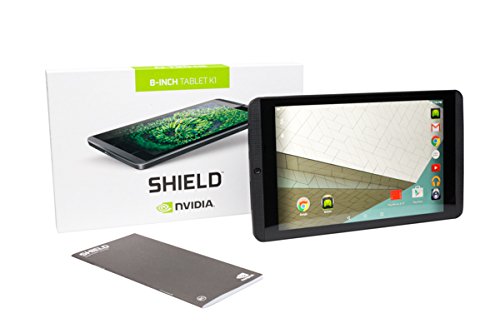 The add-ons just kept piling up, though, as, if you had wanted to play anything other than what you would have found on the Google Store, you would have had to opt in for Gamestream, Nvidia's streaming technology that allowed you to stream PC games to your Shield via Nvidia servers in the cloud. And, according to an article by Slash Gear that would have cost you an additional around $7.99/mo.

The list of supported games here would have been somewhat more impressive, boasting titles like Batman: Arkham Origins and Titanfall. However, you’ll need a high-speed internet connection and a 5GHz dual-band router to get the system working right.

Despite moving ahead with the Android 7.0 update in brought powerful new changes to an already powerful machine, but, in the end, it wasn’t enough to save the Nvidia Shield Tablet from being discontinued.

Nevertheless, the Nougat update was remarkable for a number of reasons. First, the Android 7.0 updates for tablets were scarce, and, second, the Shield was the only Cortex-A15 powered tablet ever to receive the elusive OS.

Further, the update allowed the Shield to do even more and featured more multitasking features, a better JIT compiler, and new notification settings. Plus, with added support for Nvidia peripherals, it meant even more Android games were compatible with the Shield controller. To give you an idea of just how much this meant to the legacy of the Nvidia Shield Tablet, we have included a list of popular features below with help from our friends at Know Your Mobile.

However, even the overhauled Android 7.0 update was not enough to save the Shield, and, despite its improved, more flexible and powerful OS, it’s duality as a tablet and a gaming console, and its revolutionary and ultra-powerful hardware, the Nvidia Shield Tablet was discontinued sometime between 2017 and 2018.

Perhaps it was that lack of Android games, perhaps it came down to the fact that even Nvidia can’t make 8-inch screen fit for gaming, or perhaps it was the Nvi dia controller. Whatever the cause, the Nvidia Shield Tablet will go down as one of the most powerful gaming tablets in history.